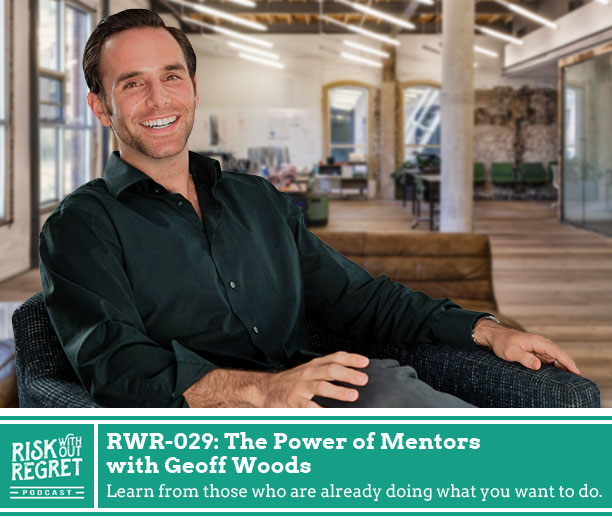 On today’s episode, I talk with Geoff Woods. He is an entrepreneur who has spent most of his life in Southern California, but he recently moved to Austin, Texas. We’ll discuss why he moved there and some of the defining moments that led him to start thinking differently about life and business. We’ll also talk about his podcast and how he teamed up with some amazing people along the way and how you can do the same. 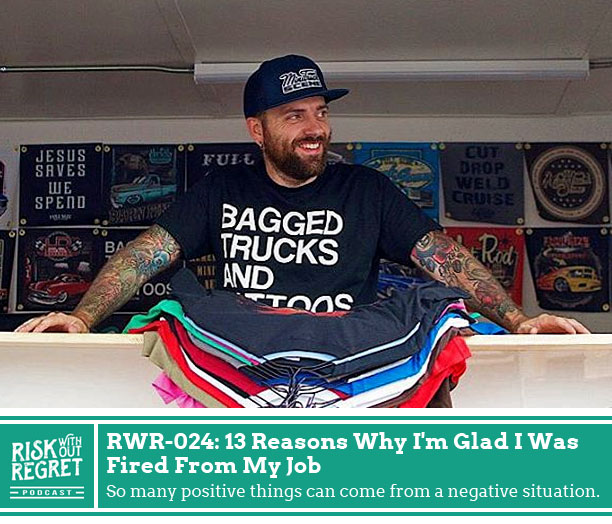 After reading that title, you must be thinking I’m crazy. How could someone be happy or grateful about losing a job? That sounds terrible! Well, trust me, so many good things can come from a negative situation like this.

Today marks four years of being free from the old 9-5. It’s crazy how fast time flies, but they say that happens when you’re having fun, right? There are probable more than 13 reasons why I’m glad to be where I’m at but these are the main ones. Things like not having to set an alarm clock all the way to inspiring others and so many other good ones.

So hopefully when you listen to this episode, you’re able to think how this relates to you and your job and what changes you might want to make in your career or life. Enjoy!

Thanks again for listening! Be sure to subscribe/review the podcast on iTunes and I can’t wait to share the next episode with you soon. Until next time, take those risks and have no regrets along the way! 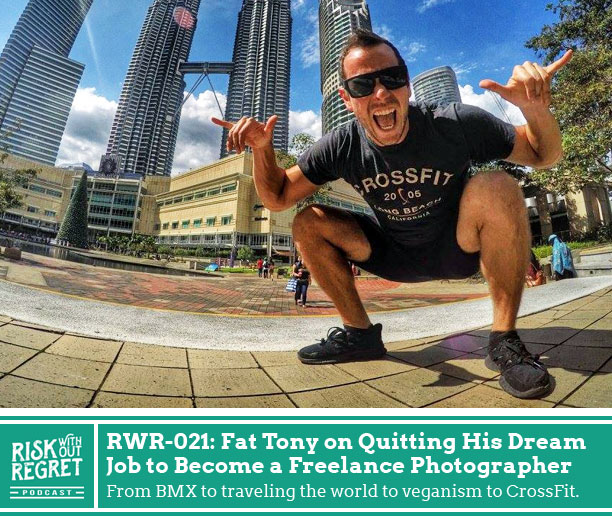 I love it when people reach out to me about being on the podcast, which is exactly what this episode’s featured guest did. Fat Tony is a 33 year old freelance photographer and entrepreneur from Long Beach, California. As soon as the call started, I could tell this was gonna be a super exciting and entertaining episode to be a part of. As well as the type of episode I couldn’t wait to share with you, so here we are!

He’s been to 35 countries, he landed his dream job right out of college at one of the top magazines in the world, and everything seemed to be going just as he planned. But then he just wasn’t feeling it anymore, he was searching for new dreams. With no plan B or safety net, most people would be terrified. Not this guy. Hhe quit his job and went straight back to traveling around the globe like a badass!

Well I don’t wanna give too much away, so hit that play button below and get to know Fat Tony’s story and what he’s currently working on. This is an episode you won’t stop listening to, so get comfy or turn the cruise control on in your car, and enjoy!

Ask. by Ryan Levesque. I finished this book in less than 2 days. I was so interested in the content and I literally couldn’t put it down. The first half talks about his story and the second half explains the “Ask Formula” that he’s developed. It’s basically about asking questions to prospects, getting them into a really advanced sales funnel, and then transitioning them into customers through a series of surveys and stories. But it’s all about asking the right questions, which most businesses don’t do, which means they think they know what customers want when they actually don’t. So if this sounds interesting to you, go check it out at here!

Jab, Jab, Jab, Right Hook by Gary Vaynerchuk. The second book is by one of my favorite entrepreneurs and this is his 3rd book. I’ve talked about his first book before called Crush It!, and I have his second book on my Amazon Wishlist called The Thank You Economy, and now I just started reading this one a couple days ago. It’s all about how to tell your story in a noisy social world. The title of the book means that, just like boxing, you want to throw a few small punches before you throw the big knockout punch. So that means a few subtle soft sells then a more direct sell. It’s about building trust with your community and speaking the native language for each individual social media platform. I’ll have this book done in a few days and I’ll be anxiously awaiting his next book which is due out in March. But if you want to grab this book and really ramp up your social media strategy, just visit this link now!
END_OF_DOCUMENT_TOKEN_TO_BE_REPLACED 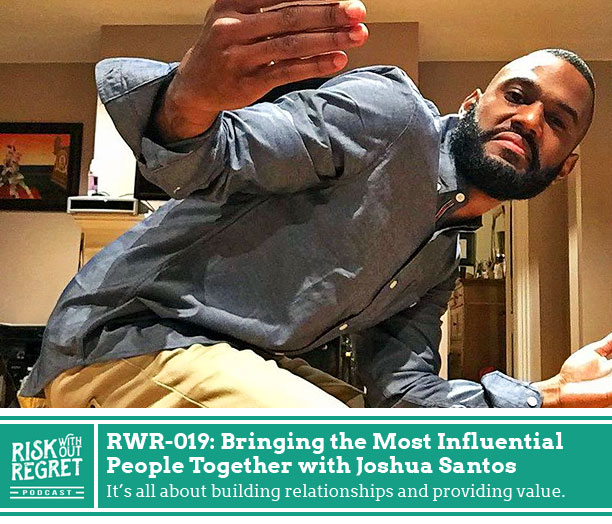 A Facebook friend of mine, Jason Reaves, reached out to me about a month or so ago. He actually initiated a group message on Facebook which also included Joshua Santos, a person I was not familiar with. Jason gave the backstory and was basically the middle man, connecting Joshua and myself together.

After learning more about Joshua, I knew he was the perfect candidate to be on this podcast, so I set out to make that happen. One of the coolest things he’s done recently was connecting Andy Frisella and Sean Whalen together. Both of these guys are in your face, smart business men, and have big followings. Funny thing, Joshua didn’t really know either of them, and both guys thought the other knew Joshua. Turns out, he just wanted to bring them together to create magic, which is exactly what happened.

Vagabonding: An Uncommon Guide to the Art of Long-Term World Travel by Rolf Potts. I’m over halfway through with this awesome book and I’m ready to buy my first international flight very soon. If you’ve always wanted to travel the world, buy this book. Seriously. Check it out now…

Create Your Online Shop is the online course I’m building to teach people how they can start selling their products and services on the web. Trust me, it’s not as tough as you might think. And to help get you going, I’m giving away my 5-Step Guide for free! Just visit this link and download it right now. To learn even more about the course, listen to episode 9 where I really go into all the details.
END_OF_DOCUMENT_TOKEN_TO_BE_REPLACED

Here it is, the first interview on the podcast. The first of many to come! I’d like to introduce Brandt Fuqua (pronounced few-quay) from Johnson City, Tennessee.

Brandt owns and operates Graphic Disorder, a big player in the screen-printing and embroidery world, especially the custom automotive scene. This is a long episode, over 90 minutes, but listen to him describe what life was like before starting this business, the ups & downs along the way, and what can happen if you just put in the work. Listen the whole way through and gain some valuable business tips and hopefully you’ll find that motivation that gets you to take action!